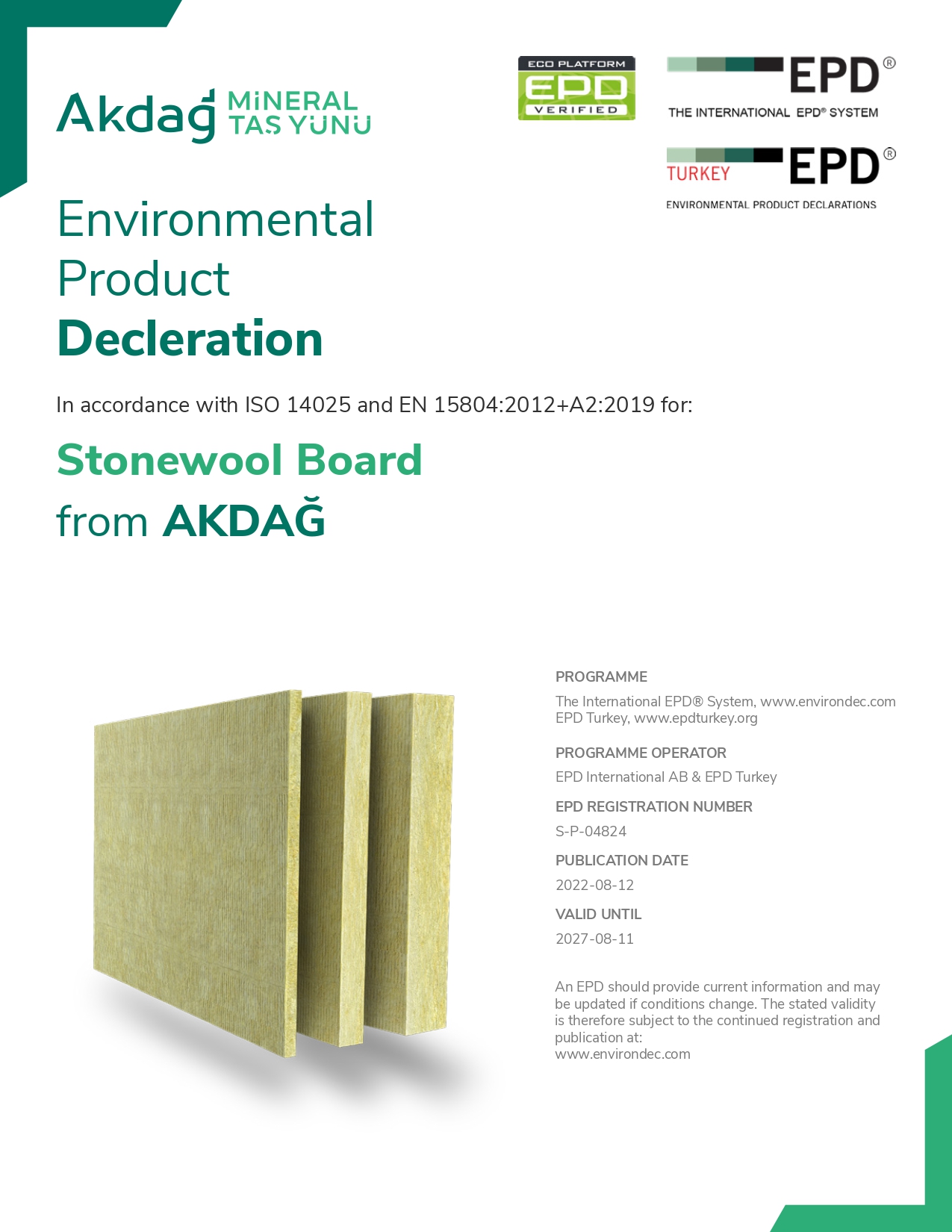 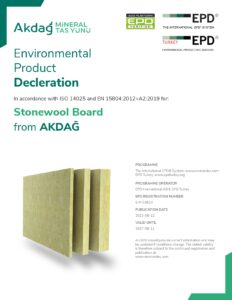 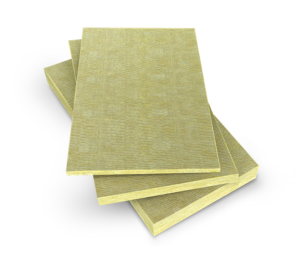 EPD document prepared for Akdag Granit Stone Wool Board with registration number S-P-04824 has been registered and published in EPD Turkey and The International EPD System. Registered EPD document applies to all global markets.

Stonewool which were formed by melting basalt rocks from mineral rocks at high temperatures and turning them into fibers, started to be used in heating, cooling, sound and moisture insulation of all living spaces as building insulation. In addition to its natural structure, we aim to minimize the damage to the ecosystem by reducing our carbon footprint with Akdağ Mineral Stonewool’s environmentally friendly production process and zero waste policy. In addition different types like panel board, rabitz wire indusrial matterss of mineral Stonewool products, Akdağ is producing Stonewool and Agro used in soilless agriculture.

Akdağ Group of Companies, taking a leading role with investments and projects for the needs of the region; was established in 1988 in Elazığ Organized Industrial Zone with its entrepreneurial, innovative and responsible visionary spirit. Akdağ continues its activities with a single business division under the Akdağ group. Akdağ Mineral Stonewool, one of the few facilities in Turkey, started production with its capacity and production facility with Industry 4.0 Technology.

Akdağ Integrated Stonewool facility, which produces on a closed area of 30,000 m² on an area of 90,000 m ² in Elazığ Organized Industrial Zone, is the first and only facility in the region in aspects. Established with Industry 4.0 Smart Factory technology, Akdağ is environmentally friendly and produces flawlessly with zero waste. Akdağ, which started production in 2021, has the largest stonewool production capacity in the region with an annual production capacity of 40,000 tons of Stonewool in the first place. Maintaining its investments with the goal of 40.000 m² closed area and annual 100.000 tons production capacity with the second and third stage additional investments to be made progressively, Akdağ Group aims to meet a significant part of the production volume in Turkey as a stonewool integrated production facility from this facility.

Built with Industry 4.0 architecture and built with the “Smart factory” system, the facility has been designed with a zero waste target. With a sustainable and clean transformation system, all wastes are transformed back into production and a production model that is friendly to nature, respectful to human and environment is created by reducing carbon footprint below international standards. Akdağ, which produces its own auxiliary raw materials, also has a laboratory that works like an R&D base.

Akdağ aim to minimize the environmental impact of the their production and operating processes. Under this goal, Akdağ attach great importance to minimizing the emissions stemming from their operations while they have been further concentrating on the production of environmentally friendly. Therefore, Akdağ has invested in solar energy. Akdağ will begin meeting their total electricity need at a rate, as high as through the solar power plant that they started on the roofs of their production facility.