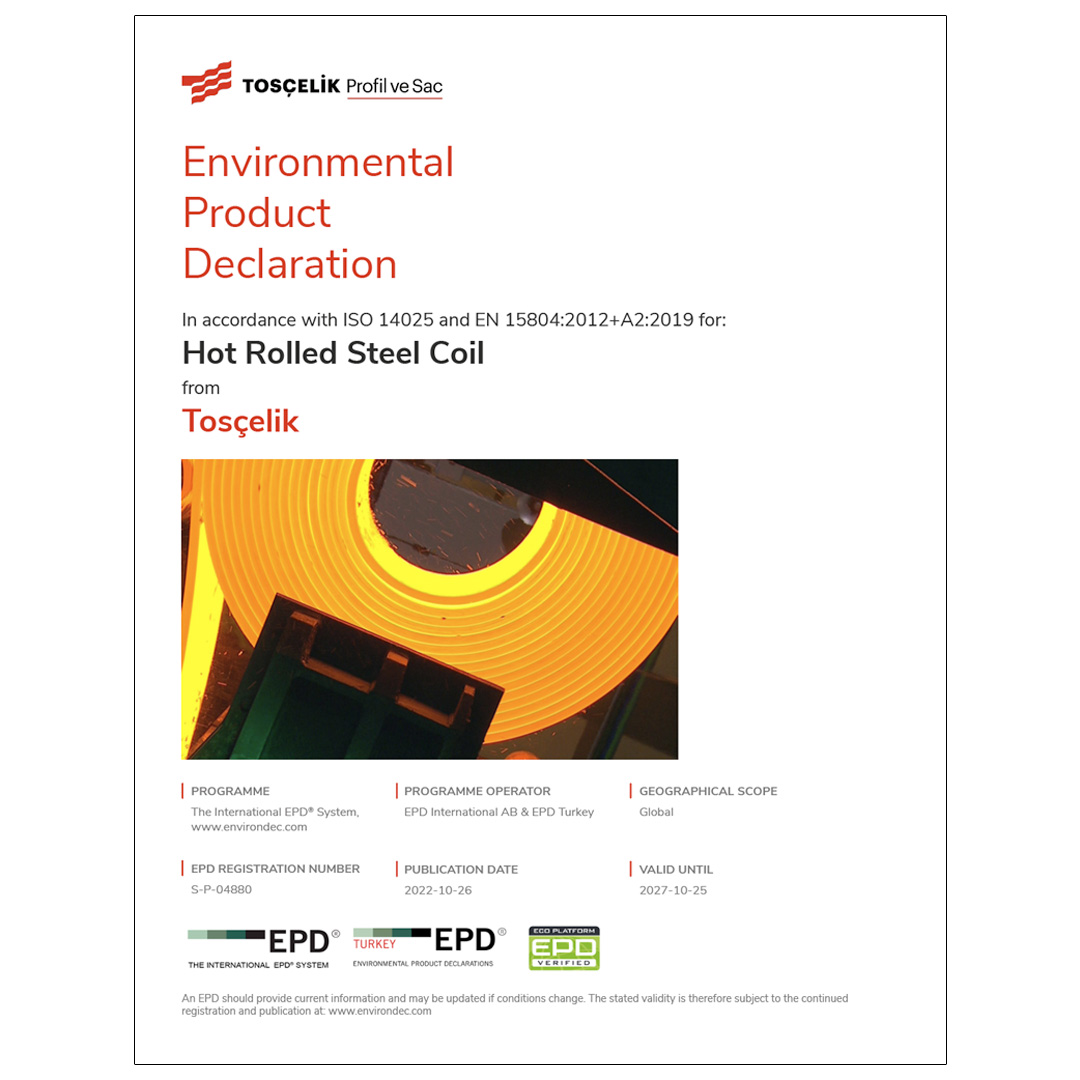 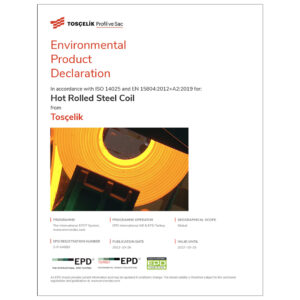 The purpose of the flat rolled process is to turn blocks of heavy steel from continuous casting into usable sheets or coils. Contrary to the hollow rolls used in the production of structural steels and profiles, round rolls with very smooth surfaces are used in flat rolled product rolling. Because the products are thin and wide, they are called flat products. Hot rolling is the process of hot forming of slabs heated to rolling temperature by rolling. The facility where this process is carried out in TOSÇELİK is the Hot Rolling Mill. TOSÇELİK Hot Rolling Mill has a capacity of 2.000.000 tons/year. In hot rolling, 170 – 210 mm thick slabs are rolled into 1.0 – 10 mm thick, 530 – 1000 mm wide coils. The slabs are first rolled to a thickness of 25 – 35 mm by heating to approximately 1250 degrees. This process, which is done at a temperature of 1100- 1200 degrees, is called pre-rolling, rough rolling. After rough rolling, the material is rolled to its final thickness. This process, which is done in the range of 800-1100 degrees, is called strip rolling. Before the strip material is wound into a coil, it is cooled with water up to 500-750 C degrees according to the desired mechanical properties.

The facility is attentive to environmental properties. The dust and gas that will spread to the environment will be absorbed with the dedusting facility with a cost of 20 million euros. Dust emissions are realized at a rate of half the European Union standard at this facility.