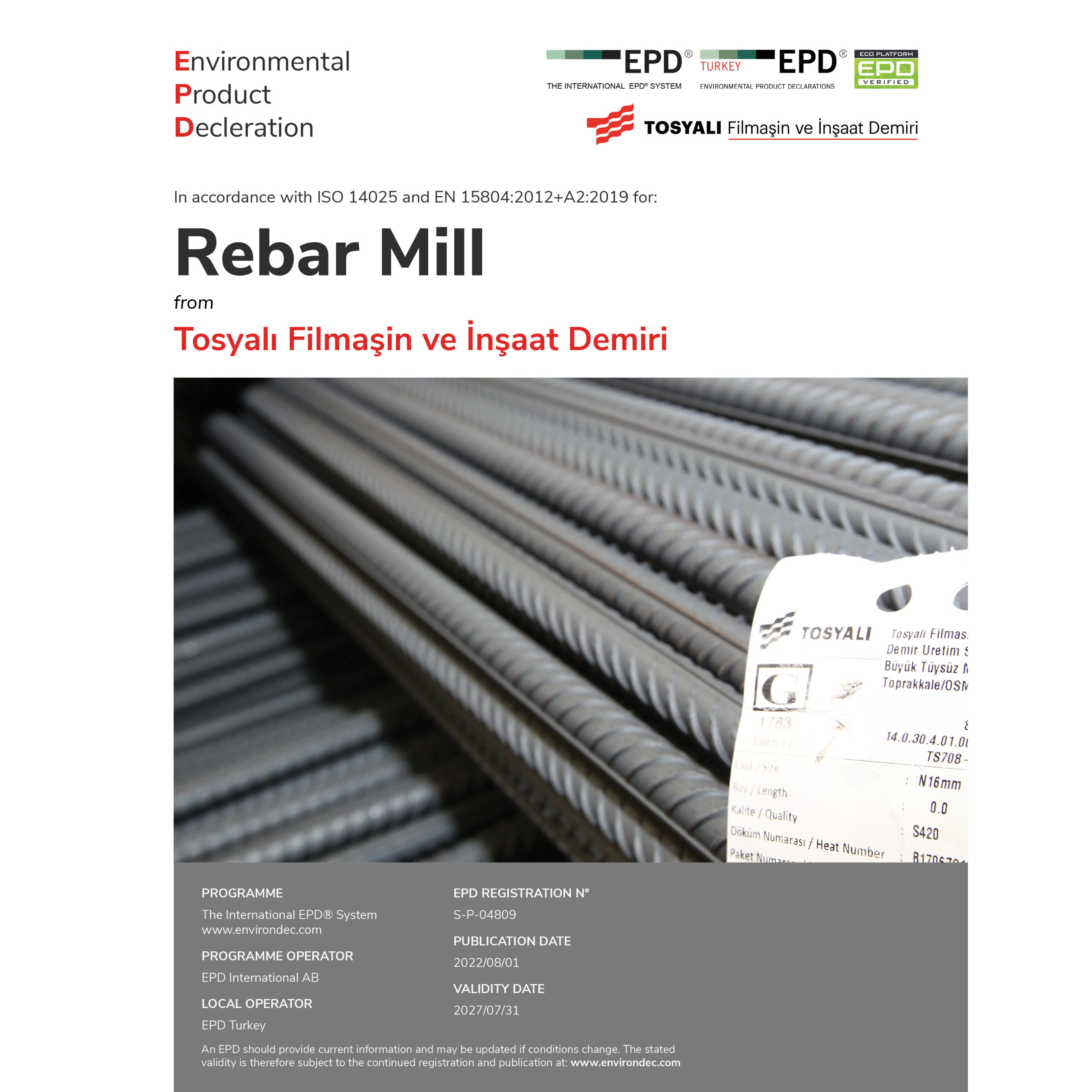 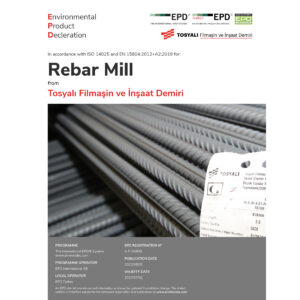 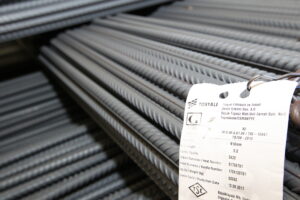 EPD document prepared for Tosyalı Filmaşin Rebar Mill with registration number S-P-04809 has been registered and published in EPD Turkey and The International EPD System. Registered EPD document applies to all global markets.

Tosyalı Filmaşin rolling mills are able to produce ribbed wire rod from 8 mm diameter up to 16 mm diameter. Production can be made at national and international standards. Capacity is 720.000 m/ton per year.

Tosyalı Filmaşin rolling mills are able to produce rebar from 8 mm diameter up to 32 mm diameter. Production can be made at national and international standards. Capacity is 720.000 m/ton per year.

In the rebar mill production plant, firstly, billet are heated in the furnace up to 1,250 °C. Then it passes through the rotating rollers and is formed by hot forming. These materials, especially made by hot shaping, gain a more durable structure due to the homogeneous reduction of grain sizes.

End of the processes the rebar mill is ready and packaged to be delivered to the customer.