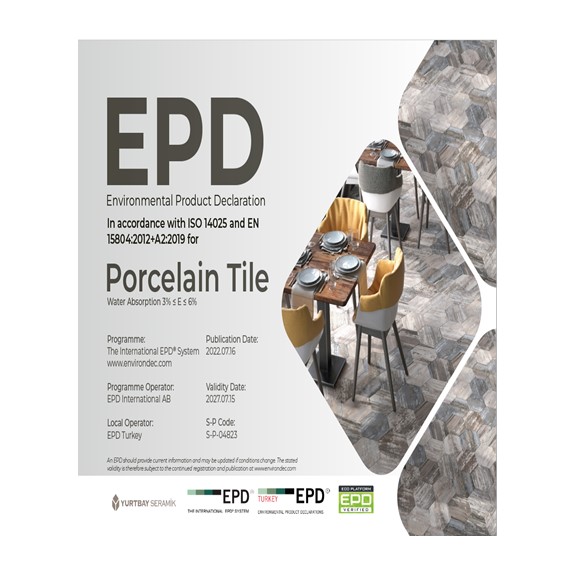 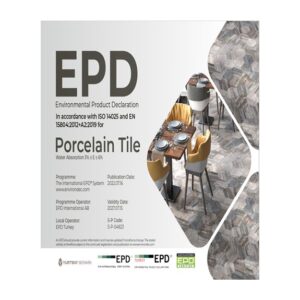 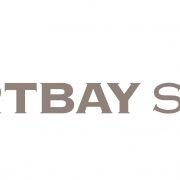 EPD document prepared for Yurtbay Porcelain Tile with Water Absorption 3% ≤ E ≤ 6% with registration number S-P-04823 has been registered and published in EPD Turkey and The International EPD System. Registered EPD document applies to all global markets.

Yurtbay Porcelain Tile is mainly produced from clay, kaolin and other raw materials as is shown in the product composition table. The porcelain tiles are served to the customer as packed which are recycleable cardboards and plastics.

Porcelain tiles are used in many areas of life. It can be used in all type of buildings. They generally used for interior decoration, with its production in various colors and patterns and in different sizes.

The founder of Yurtbay Group of Companies, Mr. Zeki Yurtbay, acquired his first experiences in trading at the dry goods shop owned by his father.

As the first steps in his long-term experience in brick production started, he took over the brick production initiative merely at the age of 14 and successfully continued to manage the task he inherited in 1951 from his father. Although he lost the brick factory several times which was founded in 1955 and in Zonguldak, he did not give up.

In 1970, he set up new and modern facilities. The investments by Mr. Zeki Yurtbay were not limited to Çaycuma, and he first became the partner and then the owner of Delta Brick Factory.

With the “Quality First” strategy and understanding, the production increased at a steady pace over the years has reached 25 million square meters production/year. As a result, export operations to 56 countries are ongoing. Yurtbay has started to work with the biggest global and foreign sales chains and have reached higher growth rates across the sector. The key to this international success has been “No compromise on quality, the right product and production at global standards”.

With its reliability, Yurtbay Seramik is the pioneer and founder of many years of cooperation at home.

Making domestic sales via 5 regional directorates located in Istanbul, Ankara, Adana, Antalya and Izmir, Yurtbay Seramik continued its operations to increase the number of its

stores and further expand its network.

Reflecting its dynamic structure through its projects, Yurtbay Seramik continues to bring added value to the industry and carry its brand image one step further by coming up with aesthetic and eco-friendly solutions.